It is said that everyone has their fifteen minutes of fame. As a world-class trail, then mountain, and now ultra runner, Anita Ortiz has had her fifteen minutes hundreds of times over, but Anita has always been more than just a runner. As the mother of four children, a schoolteacher, and an avid athlete, Anita has spent all the days of her career masterfully juggling the three parts of her life like a true professional. As her oldest child, my fifteen minutes of fame are those I have gathered by growing up with this incredibly strong and powerful woman for a mother.

Being my mother’s daughter meant that from a very early age my childhood was closely integrated with the trail running scene. As children, my siblings and I practically grew up at races. Since my earliest memories, the four of us would spend every weekend at a race watching my mom run, or rather being watched by others while my mom ran. When we were very little, we would cheer for her at the finish line and as we got older we were put to work “volunteering” handing out water at aid stations. As a young kid at weekly races, people would always say to me, “you’re going to be just like your mom one day!” and of course watching my mom finish each race with expert ability, I was proud of their assumptions that I would one day be just like her. However, as I got older it was something that I fought tooth and nail to resist.

There is a lot of pressure in having someone who runs upwards of 25 miles a day for a parent, and as a teenager I felt that pressure quite strongly. In middle school, I saw my mother’s dedication and intense determination and felt that I had to rise beyond such levels of persistence and reach perfection in all areas of my life. I felt this pressure in my academic and athletic life, so the last thing I wanted to do was venture to try running where I might fall short of following in her footsteps. When people asked me if I was soon going to start running and be just like my mom, my response was frustrated indignation rather than pride.

But as nature would have it, the apple doesn’t fall far from the tree. When I first started running, I did it by myself and for myself. Struggling with teenage depression like many middle school students, one day I decided to go out for a run. I ran loops on a trail nearby our house. Soon it became a habit, and I would get up early in the mornings as the sun had just barely shed light on our little town, and I would go out into the cool crisp air of Colorado mornings for some endorphins and the smell of pine trees in the wind. My mom never pushed me to run. When I joined the high school cross-country team, she did not even come to watch my first race, as I asked her not to. She never wanted to force the pressure of her success upon us. She merely set us up with the tools for healthy lifestyles.

When I decided I did want to run, I did so because from an early age she had taught us a love for nature, bringing us on lots of hikes and bike rides and thus I knew the healing power nature can have on the human heart. When I decided to run, I knew where to go because she had made sure that we were familiar with our natural surroundings, taking us up to play in the streams in the mountains behind our house. When I decided to run, I did so because she had shown me that persisting in something that is challenging for you can bring one ultimate happiness and fulfillment.

Of course my mother is intense. Magazine articles over the years have called her the “tiny blonde with the intense stare” and the “pitbull who intimidates her opponents.”[1]  And of course I have my own stories that show this side of her.  When I finally did start running, she took me out on a long run on a hot day in the middle of the Colorado desert. When I felt like I could not take another step, I complained to her for bringing me out on the run and refused to move any further.However, being the tough woman that she is, she did not wait to hear my childish complaints, instead she simply asked, “well what are you going to do, die out here?” and kept running, leaving me to realize the truth of her response… I could either run back to water and shade or stay there in the hot sun forever.

But that story just like all the others that have been told about her in articles in the past see my mother in one dimension. They see her as a fiery competitor and a merciless opponent.

Of course there is still pressure to be felt, especially as a runner, but if I look behind the completely staged mud splotches at the face on the magazine cover,[1] at the end of the day, she’s my mom and I have so much to be thankful for. My mother was always a very caring and kind parent, but running allows me to get to know her in a way that continues to draw our relationship closer and closer. The fierce competitor is also a fierce laugher and loves more than a few good jokes along the trail. My mother and I regularly spend at least half of our runs together laughing until our abs can no longer take the stress of running and giggling at the same time. My mom and I have our deepest conversations while traveling through beautiful forests and over mountains together at speed. She has taught me to be a humble winner and a graceful loser. She has taught me to tread lightly on the earth, regularly carrying trash that was left behind by others down off the mountains. She has taught me to enjoy natural beauty and find importance in the simple things in life.

People often ask me for my favorite memory of running with my mom, but that’s not how trail running or life-long relationships work. There is no one moment that stands out from all the rest. It is the enjoyment of the little things, the rituals, places, and spaces that make such experiences so special. My favorite places on earth are the places she has taken me. Places high up in the Colorado Rockies in meadows and aspen groves mostly untouched by humans that cannot be reached by any other means than by the steady ritual of placing one foot in front of another in a running stride. These places are why I love running and they are the places I go back to when life throws its various obstacles in my path. Getting to these spots through sweat and sometimes tears so that we can share such special moments has built a relationship between my mom and I that is incredibly strong.

She was once quoted as saying: “ Everyday I stop halfway through my run for five minutes, look around, and enjoy the surroundings. I’m reminded of why I do it and why I love it so much.” For me, the reason I love it so much, running that is, is because of the beautiful places and spaces that I get to share with my mom. 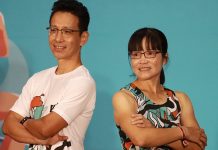